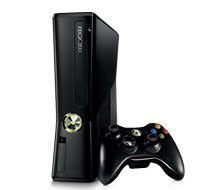 First off I should mention I adore Xbox Live and always have. It is the core Xbox feature that for me and many others, thrusts the platform far beyond that of what Sony and Nintendo currently offer. The fascination of sharing team instructions, having a laugh and of course belittling the enemy proves too wonderful to resist when it all works.

Ever since the Microsoft Xbox 360 console appeared, Xbox Live has quite rightly evolved with some truly remarkable features that expanded the system far beyond the original Xbox. There was an oversight though that aggravated many users and this was the lack of a dashboard chat option.

The birth of Xbox Live was a momentous time for individuals who enjoyed console gaming. Within just a relatively small time frame, games including MotoGP, Midtown Madness 3, Tom Clancy’s Rainbow Six 3, Mech Assault and others were key to building up a community of online gamers who yearned for not only competing against others from around the world, but also the ability to have a conversation and possibly form bonds that would result in a new friend you could add to your ever growing list.

The only downside was the inability to easily coordinate which games you would meet up in unless you were already within the same title. This was quite unlikely unless you used your phones and even this was difficult to organise quickly.

The result was a new ability within the original Xbox dashboard, that enabled friends to gather in one area with up to a total of 16 gamers and chat without the requirement for all the participants to own the same game. For many, this was like using Skype to make free phone calls with pals dropping in and out as you pleased within group conversations. This included your own friends who were on your list and also friends of friends and soon finding new similarly minded chums to share gameplay experiences with turned out to be incredibly easy.

When the Xbox 360 launched, it completely overlooked this previous feature and instead relied on a far more limiting private chat ability between just two people. The only way to again take part in group conversations was to jump into the same game and use its own chat system. This was the case for quite some time until Party Chat appeared.

Party Chat is a boosted form of what the original Xbox dashboard spawned all those years ago, except it has had the possibly unintentional effect of turning a once bristling game lobby full of chatter (good and bad) into a completely silent one. This of course is not always the result, you may hear the moans of a teenager being told off by their parent for playing too long, the screams of some moron who believes it is funny to shout down the microphone or if you are lucky – a few gamers to strike up a conversation with.

Party Chat creates a private area for friends to gather, even if they are all participating in different gaming titles. It is a marvellous feature there is no doubt about it, but the team spirit and aural communications we enjoyed have now become more of a rarity as gamers simply stay within the confines of their friends list. A team will simply include a mixture of individuals with no microphone plugged in, a selection within different Party Chat areas and one or two brave enough to particulate in the actual business of sharing crucial game information.

There are a few gaming titles that restrict Party Chat use to limit the possibility of cheating by giving away team and enemy locations and actually also forces you back into the lobby with random individuals. This is crucial for sharing team tactics and also acquiring new people on your list outside of the usual clusters of friends, but alas this is certainly not widespread among Xbox 360 titles.

When I remember what I consider the golden years of the original Xbox and it’s Xbox Live service, the lack of the same buzz is disappointing and it actually makes me a little sad that this key experience is now a little diminished.

The trouble is which is the best way forward, should more titles force gamers to participate in a lobby rather than sticking within their own Party Chat areas, ditch Party Chat altogether (which I am sure would upset a lot of people) or should we just accept that this is the consequence of having such abilities?