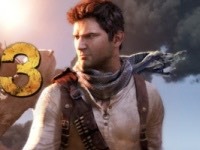 Ever since purchasing the Sony PlayStation 3, I have found myself considering whether I personally believe it to be just a fancy Blu-ray player or a serious gaming machine within my collection of consoles and computers. Although there are a fair few game titles that I enjoy, there is one series that makes me happy to be the proud owner of a PS3.

Uncharted: Drake’s Fortune and the sequel Uncharted 2: Among Thieves had me well and truly hooked from day one. Following the adventures of Nathan Drake, descendant of Sir Francis Drake – you will experience a gaming romp that is magnificent in every detail. The graphics are absolutely jaw dropping, the gameplay electric and a plot that easily puts many Hollywood movies to shame. Whenever I am asked to select a title to represent the power of the Sony PlayStation3, this is indeed it!

The Uncharted series is often compared to Tomb Raider for its puzzle solving exploits and even Gears of War for its cover and shoot setup, however really in all honesty the titles deserve recognition for pulling the best parts of various game types and stringing them altogether in a never ending journey of wonder and glee.

To hear that a third instalment is on its way in November 2011 was more than enough for me to leap off my office chair and hug the substantial black box sitting beneath my HD television. Yes my PS3 is springing back to life and all thanks to Uncharted 3: Drake’s Deception.

Uncharted 3: Drake’s Deception promises even bigger set pieces and more explosive adventure than that of its predecessors, which when you consider that statement is just astonishing when you take a moment to reflect on the sheer magnitude of Uncharted 2. Online mulitplayer returns and you can now take on the ‘bad guys’ in hand-to-hand combat with multiple opponents rather than the traditional one-on-one approach. Physics, visuals and environmental effects are enhanced with new additions and if all of this wasn’t enough – it will also be playable in Stereoscopic 3D.

I could have listed a few games that I am anxiously awaiting this year, but really there is only one that has my mind racing and heart pumping – Uncharted 3: Drake’s Deception for the PlayStation3.