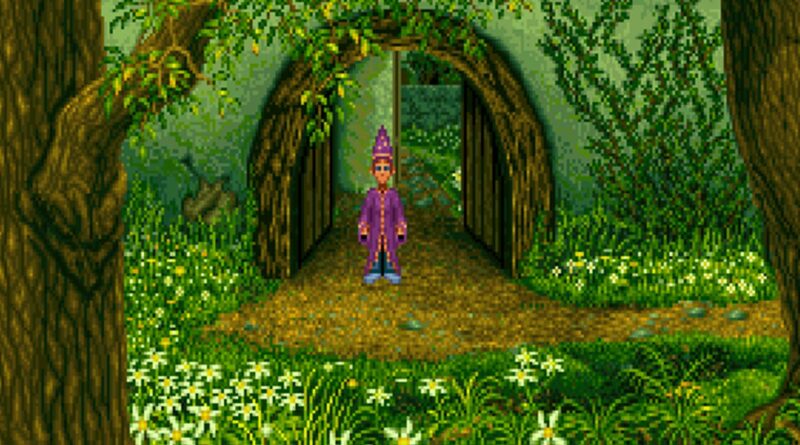 Nostalgia, the invisible force within us all that propels us to relive our favourite memories. Often, these charming sentiments overtake our emotions and the trip down memory lane often takes us off into a ditch as the stark reality laid bare is far from what we remember. Where 3D polygonal based games from the past have often invoked these troubling sensations, I have yet to experience this with one genre in particular… The classic Point and Click Adventure.

Looking back, it all started, at least for me, on the Acorn Archimedes A3010. With a need for 9 floppy disks to store all of the game data (and this wasn’t even with speech playback, which would arrive only on the CD-ROM version!), it was a young aspiring wizard with a sarcastic wit which caught my attention. Yes, of course I am referring to Simon the Sorcerer. I was so enamoured by this game, I later purchased the CD-ROM version for the PC. A PC I might add, I didn’t even own… yet!

I could literally write pages and pages reminiscing about this one title in particular, however maybe this is an article for another time. For now, let’s just grab a mouse, stare at a CRT monitor and remember the good old point and click adventure days.

It all just clicked…

There are literally hundreds of Point and Click Adventure games, however there are certainly key titles that shone more than some of the others. Sam and Max: Hit the Road, Broken Sword, Monkey Island, Toonstruck, Beneath a Steel Sky, Discworld – the list goes on and on. The ability to tell a captivating story, often full of humour with the simple to execute process of collecting items and using them in various combinations to solve puzzles.

The difficulty however always arises when you need to figure out which of these combinations work, often taunted by a singular voice clip stating “That doesn’t work” over and over and over again with hundreds of your failed attempts to make a positive match – thanks Rincewind! Yet with this seemingly overly frustrating tedium, you plough on as you are excited to hear the next bit of dialogue and the next beautifully animated scene as you invest your time and efforts into the character you are controlling.

The best medicine turns out to be a tablet

I own an iPad 2 purchased in 2011, yes it is old by today’s standards and actually many of the apps from the Apple App Store don’t work anymore, but it remains my favourite way to play classic point and click adventures. I suppose I should refer to it really as pointing and prodding due to iPads using touchscreen technology rather than a mouse, however it feels so natural for this genre.

Broken Sword on the iPad I simply adore and this method of interacting, especially with headphones on to fully immerse yourself is simply a wonder to behold. I would certainly recommend using a tablet for this genre if you haven’t tried it yet yourself.

The revival is already here!

For years, ScummVM (www.scummvm.org) has provided a way to relive this classic genre on a wide assortment of devices. From your powerful beast of a PC, all the way down to the smartphone that fits in your pocket – the developers have spent an enormous amount of time ensuring a vast collection of point and click adventure games are available to play (as long as you have the original game files of course).

It hasn’t stopped there though, remasters of classic titles have also appeared on modern formats including lovingly recreated versions of Day of the Tentacle and Full Throttle to name just a couple. With swanky new high resolution backdrops, animations and music, yet keeping the original speech (although without the harsh compression from the past) – a whole new generation have been introduced to this dazzling world.

Point and click adventure games have stood the test of time tremendously well, with new titles still appearing or in development. We can also still nip back and play the classics with the right software installed on a myriad of platforms. Thankfully the fans of retro gaming are large in number and many of the modern titles today are influenced by the glory days of the past, taking the best elements and visual perspectives while bringing a whole new life into them. Long live point and click adventures!