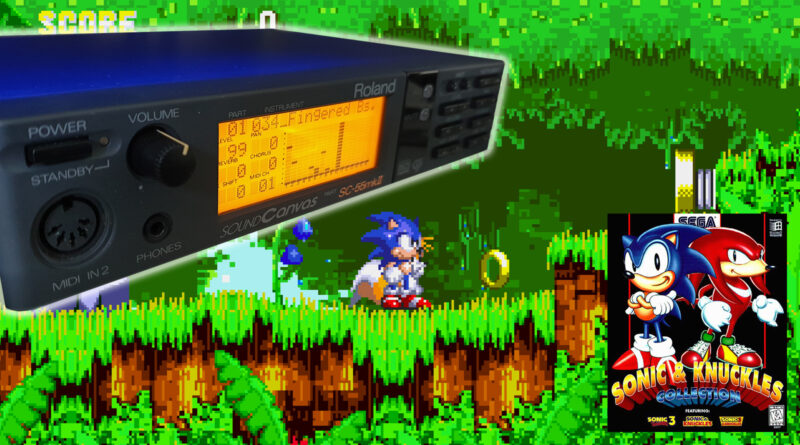 When the Microsoft Windows 95 operating system was at the heart of a PC, along with something like a Pentium 75MHz processor – SEGA PC released a number of titles from their catalogue to the platform for those who didn’t own their own console hardware.

The Sonic & Knuckles Collection was one such title, featuring all 12 levels from the combined Sonic 3 and Sonic & Knuckles cartridge releases. One major difference between the PC version and the SEGA Mega Drive (Genesis) was the interpretation of the music. Without the SEGA music chips on hand to help nor recordings from the console, MIDI versions were instead created providing a very different sounding and unique soundtrack for the game.

Today, I have recorded the MIDI soundtrack for you to hear in full directly from the game using MIDI playback hardware of the era – a Roland Sound Canvas SC-55. You’ll notice some interesting differences, including new tracks which the PC version replaced on certain zones including Ice Cap.

I have captured the Roland SC-55 front display too, so you can see it react as it recreates the musical instruments for the tunes.

One thought on “The Unique Sonic 3 & Knuckles PC MIDI Soundtrack”