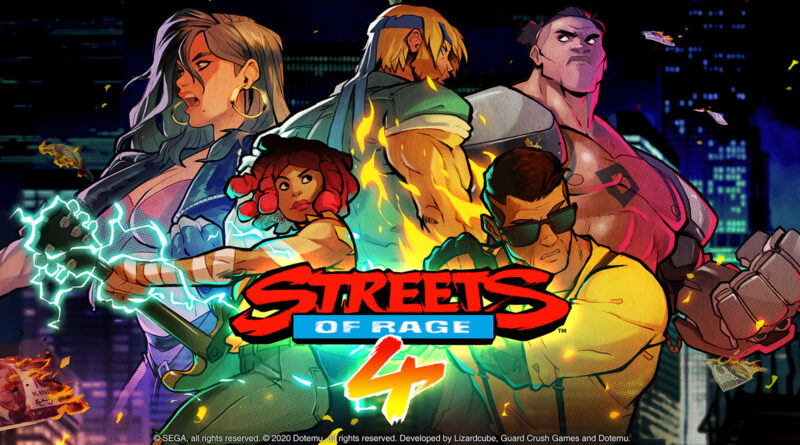 To say we have had to be patient for the 4th instalment of the Streets of Rage (Bare Knuckle in Japan) series would be an understatement. In fact, if I was honest with myself there was a part of me that wished it wouldn’t, as the risk of a development studio, well to be frank, mucking it up seemed too great. Yes, here we are 26 years later after Streets of Rage 3 released for the SEGA Mega Drive (Genesis) console we finally have Streets of Rage 4.

When the first official trailer released for the game, I wasn’t overly impressed. After experiencing the fantastic fan-made version known as Streets of Rage Remake (SORR) – this version was still was very much etched into my mind. Those lovely retro pixels still appealed to me, so the gloss of modern aesthetics portrayed in the Streets of Rage 4 trailer, especially with the sprites appearing a little out of place with the backgrounds – that wretched dread filled my nostalgic soul. However, I reminded myself that this would be early footage and far from complete – so I waited patiently hoping to be pleasantly surprised and I am pleased to report, Streets of Rage 4 has done just that – surprised me.

Streets of Rage 4 is pretty much everything I had hoped it would be. So let’s get into some of the details…

As soon as you reach the character select screen, you recognise your old favourites, even if they have received quite a bit of spit and polish to bring them slap bang into the modern gaming era. OK, they might resemble the classic characters, but they have received plenty of love and attention to bring a new look and it’s a look I approve of. They have a lot more to appreciate visually then you can ever have expected from the 16-bit realm they once appeared in, full of colour and finer details. A lot of the old enemies return too, all looking splendid in their new 2D updates.

What really hits you with a thump though, is the first level. Streets of Rage 2 is probably the title that stands out among the first 3 games and Streets of Rage 4 dives straight in to pull on your sentiments with great style. The music features a similar feel and the level itself places you in the same surroundings. It is the perfect introduction to suck you in and I love it.

The music itself, although composed by a myriad of different artists throughout the game somehow manages to feel cohesive and not out of place. They add greatly to the overall feel, yet somehow don’t quite hit the mark as none really feature a melody you can latch onto like the originals from Streets of Rage 1 and 2. The biggest let down is the end of level music, which just falls completely flat.

As you traverse from one section to another, kicking and punching the living daylights out of your foes – the visual impact is immense. This isn’t just a simple 2D scrolling beat ’em up and you will spot as you roam lovingly crafted elements. It may sound like I am gushing here, but stick with me and I will explain.

The reflections in puddles and on wet surfaces add a real appeal as you view the characters impacting the environments in which they inhabit. One of the best aspects on your eyes though is the way the lighting touches the character sprites. They are one with the surroundings and certainly don’t feel detached like they did back in the original trailer. Especially when there are neon lights close by, it really is a visual treat to behold but every level in some way has these nice little touches that stand out to create one stunning looking title.

The fighting system is also very reminiscent of its legacy and shares a lot of the punches, kicks and throws. Each action creating a satisfying impact as it lands on the target. It does take this a step further though with the special moves and combos. It is possible to keep on attacking your foes if they are in the air and yet to hit the ground with point busting combos, allowing you to experiment – which in itself rewards you with higher scores and additional characters to unlock. You can also use a ‘Star Move’, which provides a powerful attack useful for boss fights.

The A.I. has obviously come a long way since the SEGA Mega Drive console and enemies will now try their best to circle around you and time their attacks at the best possible moment. They still aren’t going to win any awards for their intelligence, but they won’t just fall in any open hole they happen to come across either.

You start with a standard yet impressive character selection, however you can unlock those from the classic titles too and by this I mean they are the same pixel punching people you remember. They look identical from the original Streets of Rage series.

You can even use the ‘Retro’ soundtracks instead to take this a step further. It’s a fun endeavour, silly, but still fun. There are other options too and you can even change the food sprites if eating a chicken is not for you, well change it for a salad instead no problem.

There is also support for local multiplayer up to 4 players, although this reduces to just 2 online. This makes the tougher difficulty settings even more appealing as you and friends take on the criminals together and this is where the game really comes alive as for many this was how early multiplayer began – locally. And yes, you can still hurt your friends as well as your foes and cause the same old arguments you had 30 years ago.

The boss matches finish the levels nicely, all with the usual timed attacks and routines you are encouraged to monitor and learn from before you head in for the attack.

There are a variety of game modes, including the traditional story which now features the Y twins, an amusing nod to the past where previously you were defeating criminal mastermind Mr X. Arcade sees you taking on the whole game with a limited number of lives and a battle mode where two players can take on each other.

After playing Streets of Rage 4, I am now desperate for them to do exactly the same treatment to something like Golden Axe! Yes, Streets of Rage 4 is that good and although it took nearly 30 years for the 4th instalment they have certainly hit the ground running with a visual delight that captures all of our memories and brings them bang up-to-date in what is the Sonic Mania-like rebirth the Streets of Rage series deserved. 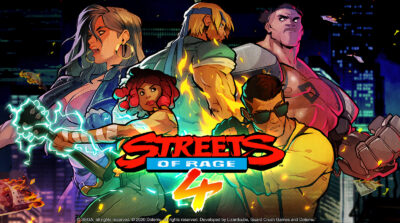