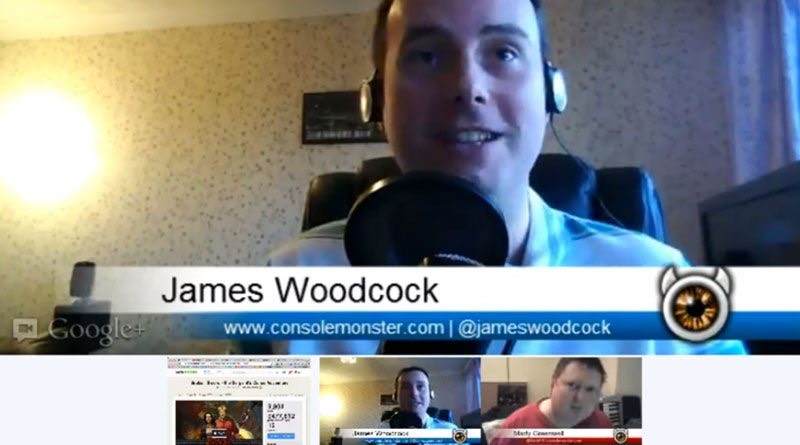 Today we recorded Monster Cast #15, produced for the Console Monster website – covering news from all of the major players including Microsoft, Sony and Nintendo.

Joining me in the latest video podcast is Marty Greenwell.

Monster Cast is an un-scripted and casual podcast, where a few Console Monster staff members get together and discuss the latest news in gaming over the past few weeks.

Using Google+ HangOut! we stream Live as we discuss the past month in gaming.