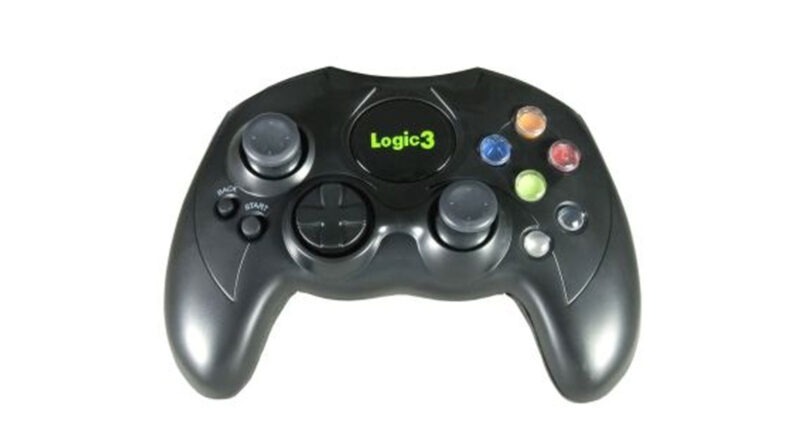 I imagine quite a few companies were annoyed when Microsoft announced a change in the standard controller. After already many other third party controllers including Logic 3 on sale mimicking the official version. Now with the new design in place it is left for these companies to start a new line. Microsoft making the controller smaller initially for the Japanese market, the rest of the world cried we want them too.

Now the official standard controller for the Xbox the named Controller S has received good reviews and I personally now prefer the smaller incarnation. Logic 3 now changing to the new smaller design hopefully have got rid of the problems plagued with the earlier larger version which I mentioned in my earlier review.

Thankfully there have been big improvements on the button responses. On the original Logic 3 Controller designed as an alternative to the original Xbox controller, the A, B, X and Y buttons had to be pressed pretty hard to get a response which for games that demand fast tapping like Dead or Alive 3 quite frankly failed to impress. The new Controller ‘S’ buttons however hasn’t had the same disastrous flaw and are much more reactive on this pad. There is nothing new on the pad in the way of extra buttons but a grip has been added to the back of the legs of the controller, but whether these are really necessary I am not so convinced.

The two analog sticks are slightly less resistant when moving them compared to the official Microsoft Controller ‘S’. This is something else people will either prefer or dislike but the main problem is the D-pad.

The D-pad requires very firm pressing for it to detect the direction you require. I found myself instead using the analog stick to avoid the nasty feel of the D-pad on this controller. I am perplexed why things like this get overlooked on third party controllers, but it seems by testing this product it does.

The vibration motors are good but certainly are not as strong as the official controller. Some of you may again find this a plus as sometimes you feel like you are holding a garden strimmer rather then a controller.

Although this controller is cheaper then the official one I expect responsiveness comparable to the official controller especially when the difference in price is around just £5. The shoulder buttons are however nicely designed and very comfortable to use when playing racing games where a constant press on the right trigger for accelerate can especially on the old controllers nearly break your finger off after more then just a few minutes of play.

This is a good pad. It does have problems with the D-pad but at least Logic 3 have noticed the bad press on the older larger controller and have taken steps to fix the problems. There is nothing new on the pad that would make this pad a more worthy purchase over the Microsoft Controller but if you want to save a few quid this is a good pad to at least try and consider.

Certainly a much better thought out attempt here, but still the pad is let down by one area and this is the D-pad. Personally I would pay that little bit more and get the official controller ‘S’, but if you want to save your pennies this controller is up to the job. 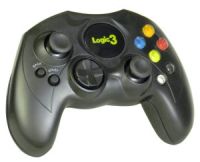