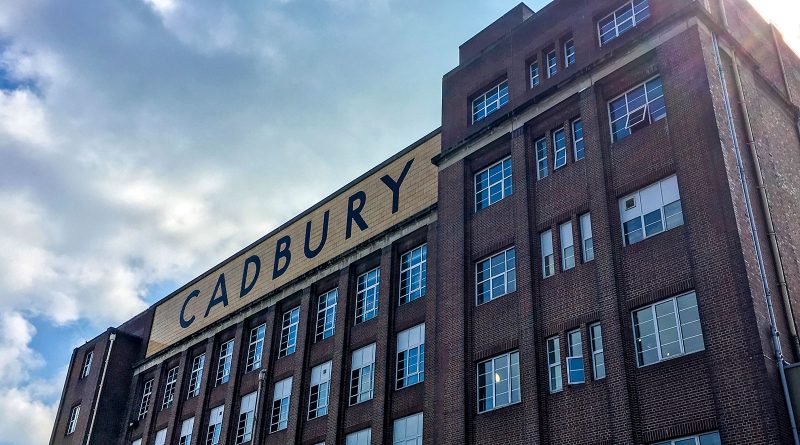 It has been many years since I last visited Cadbury World, however when a friend visiting from Nottingham came up to see me, it was quickly decided to travel back to Bournville. One of their latest attractions (if chocolate isn’t a strong enough incentive already) is the new 4D Chocolate Experience. A ‘4D’ ride located to the left of the main exhibition entrance that can be entered before or after your main booked slot to the rest of what Cadbury World has to offer.

As with any ride, there is a long queue. Thankfully, it was a warm sunny day although there is overhead cover for most of the queue if the more traditional rain makes an appearance. So, for 45 minutes we waited with great anticipation. The ride is only around a year old, so the wait didn’t matter – we were all hoping for something spectacular.

Once we entered the entrance, in typical fashion we were presented with a brief waiting area where we could play a game of remembering the Cadbury characters and chocolates in order. Most of the children for a moment were terrified they had waited all this time for this simple memory game. The Cadbury’s guide quickly reassured the children that it wouldn’t be very long before we entered the actual ride. The situation calmed, we played this game although in truth most of us were bored and waiting for the main attraction beyond the closed doors.

This I thought is going to be awesome.

And finally… we are off. Through we went, collected our 3D glasses and sat in our individual seats. At this point my hopes went through the roof. This I thought is going to be awesome. I have a seat here that is going to move around to further emphasise the visual and audio fun. Perfect, what could go wrong.

The ride began and the chairs began to move ever so slightly to the computer generated animation presented on the screen and yes it was thrilling. It wasn’t long before we were crashing through walls, flying over buildings and stopping in a flying contraption piloted by the Cadbury’s Caramel bunny, you know the one, the sexy voice. Here they talked and I became a little bored. This is the part where they pushed the 3D aspect, which bizarrely seemed very weak. I won’t go into too much detail as I don’t want to spoil it, but suffice to say things come out at you. Yep, that is 3D folks, although the effect wasn’t impressive.

Just when all hope was lost, off we went again at terrific speed around a rollercoaster-like ride.

Just when all hope was lost, off we went again at terrific speed around a rollercoaster-like ride. Obvious addition, but at this point so needed. The kids absolutely loved it (except for one or two who didn’t like the moving chair action). And just like that the ride was over.

It was a fairly short ride although to be expected as most of them are. I did leave though with disappointment. The chatty part in the middle would have been better at the start (or removed altogether) and the weirdness of the chocolate involvement was well… weird.

There is no doubt they have some impressive technology here. The seat movement is brilliant, subtle when it needed to be and pounding to emphasise impact and speed – but overall it fell flat. I am of course an adult and really this is meant to appeal to the younger generation, however except for the rollercoaster section, even they were a little bemused at times. Still, worth a look for around five minutes of escape.